Plume was out of Kate‘s second litter. Her sire was Dr Marston Jones outstanding field competitor, FC AFC Stone E’s Way to go Harry. Plume was my first serious field trial prospect. She was as fast and stylish as can be, very exciting to run. Entirely amateur trained, she won a Junior and two Qualifying stakes, as well as earning her WCX and WDQ. She also had 5 show points. She had a very good disposition, friendly to everybody. In 2003, when the American Chesapeake Club started the program, she earned the ROMQ title, for her contribution as an outstanding producer.  She had a huge impact on the breed. Most of the Chesapeakes successfully competing in Field trials today can be traced back to her. 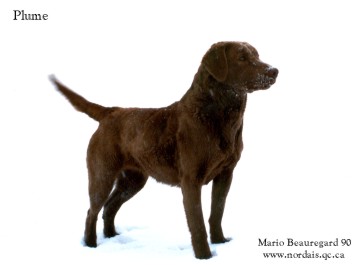 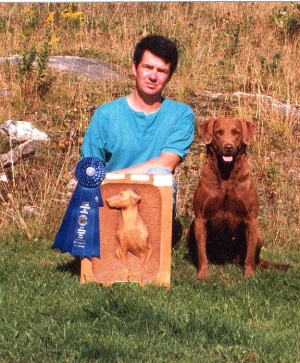 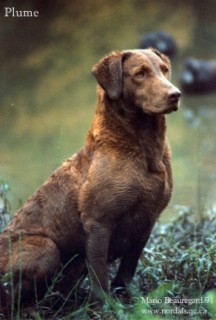